We have been working for years to end what is called “Closed Colony Blood Banks.” California is the only state that requires that dogs be held in cages and bled out every few weeks for blood. They live in filthy conditions and many become ill and die in these facilities. Beagle Freedom Project has introduced legislation to end this the past two years and this year we know it will pass and it will be the END of dogs being tortured to save other dogs.

The solution is what other states do: Community based models where dogs and their people volunteer their blood! Everyone feels good about this, there are community blood banks and the dogs are healthy and happy. 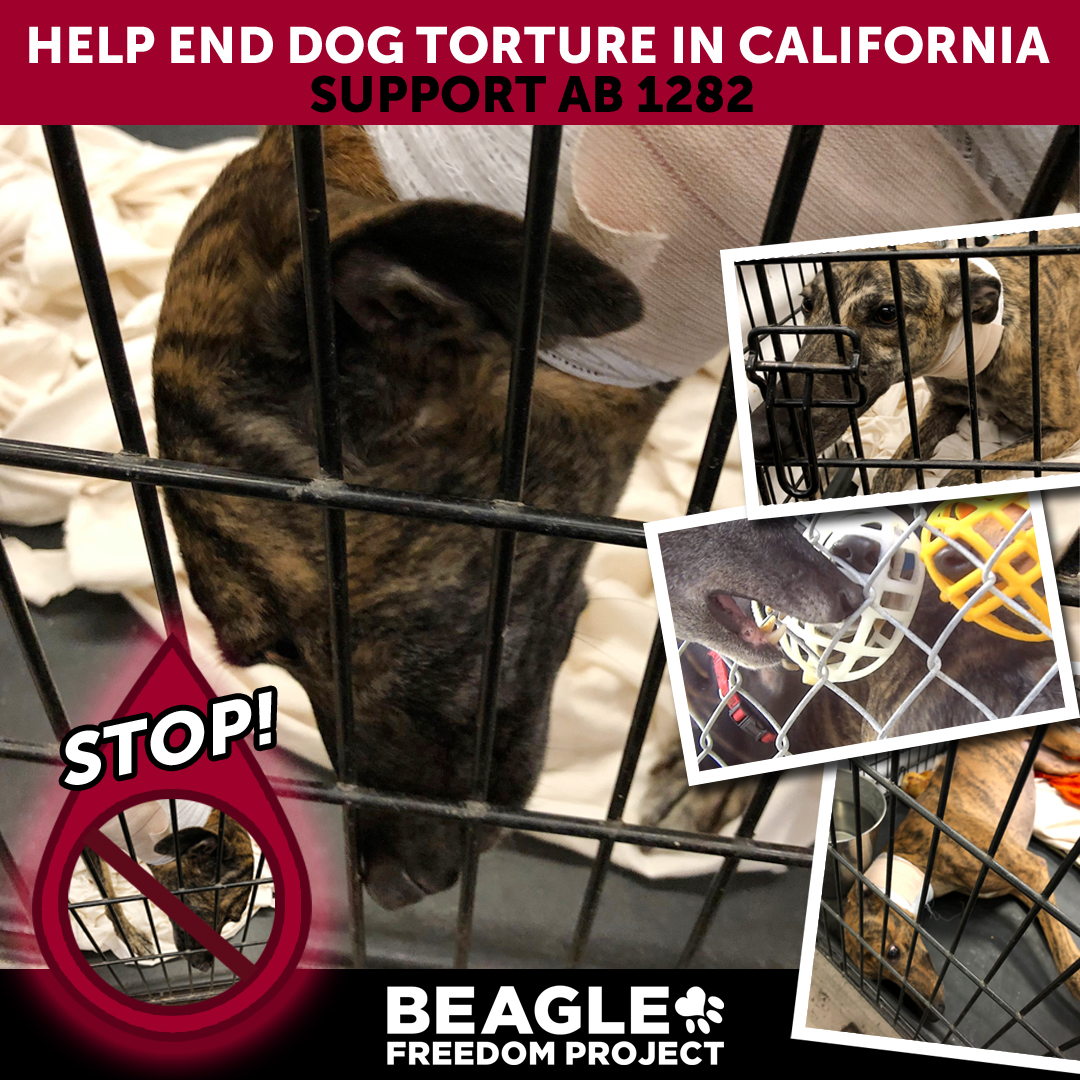 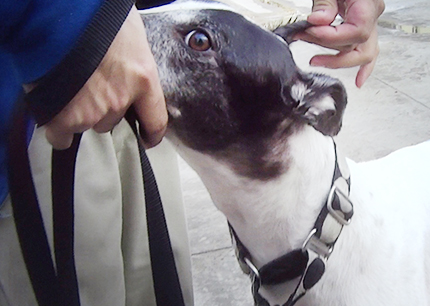 What is a closed colony blood bank?

This is a place where animals are held captive for their blood to be sold. The animals can be confined for years on end being constantly bled. Some facilities have an adoption program but these animals are only adopted if there are homes for them, otherwise they are euthanized or sold to another facility.

While Greyhounds are not the only breed used for donor blood, they are the breed primarily used because most of them have a universal blood type. Greyhounds, next to Beagles, are quite possibly the most exploited of the canine breeds. First, they are used in the racing industry where they have been locked up and used for “sport,” then then sold to facilities to be bled, where they are again locked in cages and muzzled. Greyhounds have a wonderful temperament so they do not attack when restrained for blood. They are exploited for the very reason they are loved.

"The primary justifications provided for captive donor programs do not appear to be valid, and the implementation and maintenance of such programs should be strongly discouraged in almost all instances. This is especially true of for-profit entities, in which ownership of donors by the blood bank creates an inherent conflict of interest. Community-based programs can provide an affordable, safe, and reliable blood supply while reducing the risk of exploiting animal donors. Nonprofit animal blood banks are well received by their respective communities. The nonprofit status of the blood bank encouraged donor participation and created the opportunity to engage the community in programs such as the Pet First
Aid program.” Journal of Applied Animal Welfare Science. 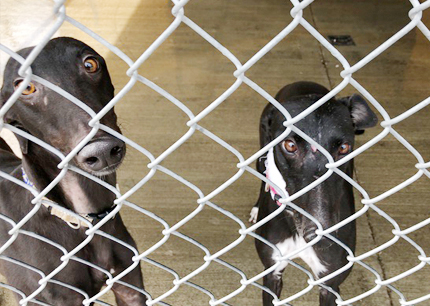 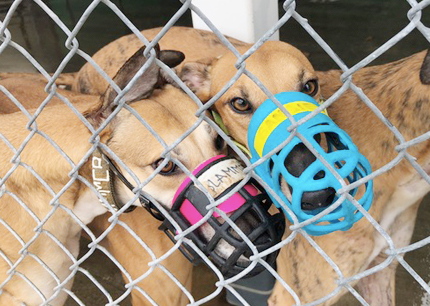 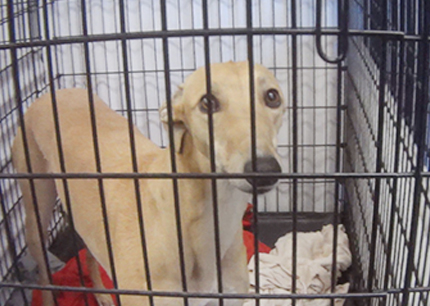 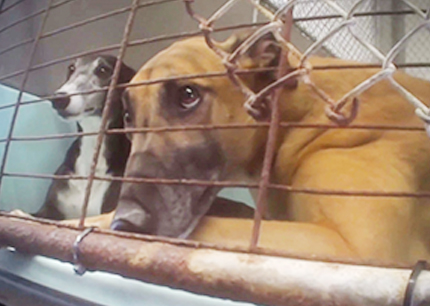 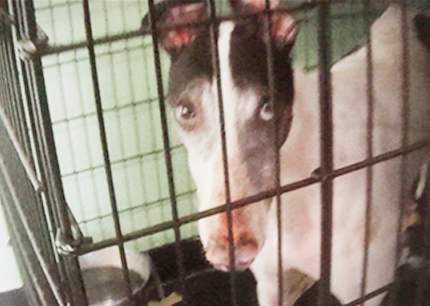 "Animals whose blood is collected for transfusions belong in loving homes, not cages. As more veterinarians develop ethical blood-collection practices and more clients ask for and support them, fewer animals will be incarcerated in cages and used as living blood bags.” Nicholas H. Dodman, BVMS, DACVA, DACVB

This bill that BFP has been working on vigilantly for several years, would phase out closed colony blood banks, and instead, introduced the more humane, ethical and modern approach of volunteer, donor dogs.

The volunteer donor system has not only proven effective but extremely successful in many other states.

Dogs forced to give blood in California right now are confined in cages and bled sometimes every 8 days and made sick to do so. This does not need to happen. California can do better!

AB 1953 will ensure that once the volunteer threshold of blood has been met, closed colonies will be a thing of the past.

Please take the following steps to help us pass this important piece of legislation and make sure animals who donate blood to help other animals are treated humanely.

California requires dogs and cats to live in cages in facilities where they are bled, sometimes for many years, before they have the chance of being placed for adoption.

In fact, California is the only state that requires this model, called “closed-colony blood banks.” Every other state utilizes a volunteer donor model, much like we do with people. Not only are these programs more ethical, but they can provide more diverse blood and can provide immediate blood when needed. Many of these volunteer programs also provide incentives to the donor families such as free or discounted veterinary care and free transfusions.

This bill can not only save lives, but will also ensure that dogs and cats are no longer held captive for their blood.

Dogs and cats kept confined not only suffer emotional and psychological trauma, but they suffer physical injuries by the very nature of how they are held. For example, a Texas blood bank was exposed and closed as a result of the treatment of the dogs.

More news to come and ways to help support this bill!

We thank Assemblymember Richard Bloom for authoring this bill!

This bill will ensure a phase out of the current closed-colony model and mandate a volunteer based blood donor program only.

Help us make this bill law so animals do not have to suffer to help other animals!

To our amazing supporters and advocates:

We wanted to give you an update on AB 366, The California Pet Blood Bank Modernization Act aka “Lennon’s Law” authored by Assemblymember Richard Bloom.

The premise of AB 366 is to modernize the canine blood banking industry by allowing volunteer canine blood banks while phasing out closed-colony blood banking like that practiced by the companies Hemopet and ABRI. These two entities keep hundreds of dogs confined in cages for months and years on end, drawing their blood routinely to sell to California veterinarians, who
under current law are not permitted to buy from anyone else. California is the only state with such restrictions.

After hearing the concerns of the California Veterinary Medical Association (CVMA), we were working to ensure that AB 366’s closed colony phase-out would not jeopardize the availability or safety of blood critically needed by dogs during emergencies. We crafted a “trigger” mechanism that would only require Hemopet and ABRI to transition to community sourcing once the market for more humane blood sources had become established enough to ensure no shortage.

Meanwhile, more than 30 animal protection organizations signed on in support of AB 366, eight legislators agreed to coauthor the bill, and nearly 80 California veterinarians wrote in support agreeing that they had “the necessary experience, education, skill and motivation to modernize this industry in ways that are practical, safe and humane.” We brought greyhound racing industry and blood bank survivors Skipper and Lennon to the Capitol, where their stories warmed the hearts of all who met them. We generated numerous news stories sympathetic to the colony dogs’ plight and questioning the need to keep them captive for this purpose.

But, one month after AB 366 was introduced, a group called Social Compassion in Legislation (SCIL) -- hired by Peta -- spurred state senator Scott Wilk to introduce Senate Bill 202 which does not propose any end ever to the imprisonment of animals who are exploited for their blood and held in captivity at closed-colony blood banks.

We are at a loss to explain why Peta – which released an exposé last fall about its investigative findings at Hemopet – would agree to sign on to a bill that doesn’t get any justice for those dogs, and that also undermined the prospects for AB 366 to do so.

With SB 202’s more limited ambitions, lobbying by the colony blood banks and the CVMA starved AB 366 from key votes we need in the Assembly Agriculture committee in order to advance. We agree with Assemblymember Bloom’s decision to hold AB 366 rather than agree to drop provisions of the bill related to phasing out the archaic and cruel institutionalization of dogs to produce blood.

And so, AB 366 has stalled for now and SB 202 is advancing. But because SB 202 fails the very dogs we got into this effort to protect, Beagle Freedom Project does not support it. We intend to amend AB 366 in the coming weeks to reflect the efforts we had been diligently making to ensure a thoughtful transition so that if an opportunity arises to advance it, we will be ready.

We will keep you posted as the legislative session progresses and urge you to stand with us – and Lennon, Skipper, and the hundreds of other dogs locked away waiting for us to end their suffering.

We thank and appreciate Governor Newsom for his thoughtful VETO of SB 202. His understanding of the importance of ensuring a balance of the welfare interests of dogs in need of blood and blood products during emergencies and those of dogs who in California are kept captive prisoners in so called “closed colonies” where they are bled routinely for years heartens us. One cannot address the creation of a voluntary community blood banking model in California – a state that unlike any other in the country has allowed a monopoly by two companies to persist for years – without tying it to the terms of a phase out of the “closed colony” model and opening up the state to allow imports of blood and blood products from out of state.

Our AB 366 effort, introduced a month before SB 202 earlier this year, aimed to bring all stakeholders to the table to address this issue comprehensively and thoughtfully. But these efforts were stymied when PETA and Social Compassion in Legislation inexplicably undermined this effort by introducing the weaker SB 202, a bill that did not remove closed colony blood banks. Despite our strong misgivings and our profound disappointment that other animal rights groups would not – out the gate – fight for all those dogs in cages at Hemopet and Animal Blood Bank (ABRI), we held back from actively campaigning against their bill.

Knowing how impossible it would be to return to the legislature anytime soon to address the closed colony issue if SB 202 became law, we decided we owed it to Lennon and all the other dogs in cages to speak up with our concerns the last day our Governor had to make his decision.

As Governor Newsom so aptly stated in his decision letter, “This bill (SB 202) does not go far enough…. I ask that the legislature send me legislation that effectively leads to the phasing out of “closed colonies,” where dogs are kept in cages for months and years to harvest their blood for sale.”

This is what our original bill, AB 366 provided for, and we are excited to work with all the stakeholders and supporters in 2020 to bring this legislation to the table.

It’s nice to know we have such a thoughtful and compassionate Governor who believes we can do better and we look forward to working with him and his administration to find that path.

Please join me in thanking Governor Newsom for his decision and in paving the way for a better tomorrow.