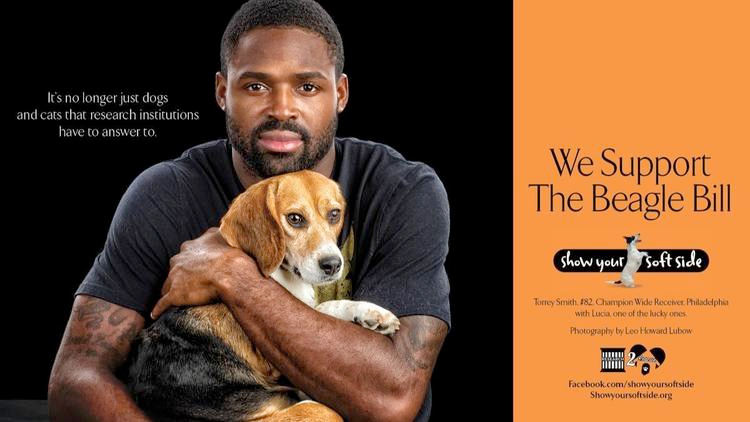 Former Ravens wide receiver Torrey Smith, who will now have two Super Bowl rings thanks to the Philadelphia Eagles’ victory over the New England Patriots on Sunday, is still making his presence known in Baltimore.

Smith, who last spring made a donation to BARCS that covered the adoption fees for every dog and cat at the animal shelter’s Pawject Runway fundraiser, is now featured on a billboard for the Show Your Soft Side campaign.

In the ad, the former Terp holds a beagle, whose name is Lucia, alongside the tagline, “It is no longer just dogs and cats that research institutions have to answer to.”

The ad is in support of the “Beagle Bill,” which according to the Beagle Freedom Project, “would require Maryland research institutions to release healthy dogs and cats to animal rescue groups when they are no longer needed for research.”

The bill has been reintroduced and a hearing has been scheduled later this month.