Helped Beeps Get Back on Her Feet 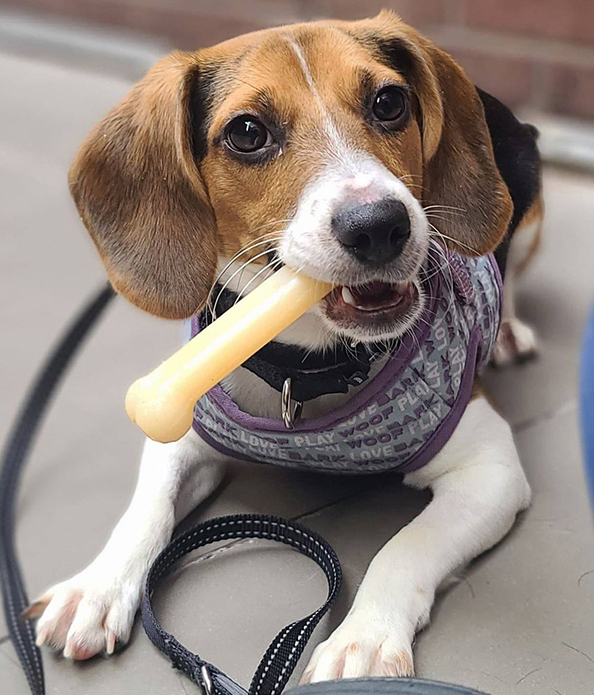 In their 37 years together, Robert and his wife, Karin, have always enjoyed the comfort and companionship of dogs.

“Our first was Calvin; he was our child,” says Robert. After Calvin, the couple adopted two beagles named Rudy and Archie, whom they had for 13 years. Archie and Rudy died in 2017—six months apart. The couple then adopted a mixed breed named Walter.

Motivated by the behavioral progress of Pam’s dog, Robert and Karin decided to consider Beeps.

“Reggie was initially very tentative and scared, not to mention thin and beaten up,” says Robert. “He was fearful and didn’t know how to be loved.
But we saw what it was like for an abused animal to receive love, and it was pretty amazing.”

They took on Beeps as a foster, and within a day, they knew they wanted to adopt her.